Its been a while since the last blog post, however it doesn’t mean that nothing has been happening - quite the opposite, the amount of ongoing work has left no time to keep the blog up to date. I really should try and keep the posts coming on a regular basis or I find myself in my current situation with a massive backlog of things to write up, to help with this I’ve started to use trello to keep my work organized – so we’ll have to see how that works out .

So anyway, as promised here’s a dev diary on generating and rendering procedural asteroid fields. The basic idea for this was to use similar techniques I’ve used in the past to generate planetary textures using perlin noise to generate color and normal maps, but instead of applying it to a sphere applying it to some arbitrary (or seemingly arbitrary) geometry.

In my case I decided to use a sphere as the base for the asteroids geometry as opposed to using some combination of 3d noise and marching cubes. The reasons for this were twofold, firstly the sphere based approach was much simpler, and secondly most asteroids are vaguely spherical in shape anyway. Given a sphere its a relatively simple matter to use a 3d perlin noise function to move the spheres vertices up or down their normals in order to generate smooth deformations in the sphere surface.

I ran into some initial problems with this approach however as I was using the built in D3DXSphere primitive which uses a series of triangle strips to build a sphere. The problem with this is that the vertices are not evenly distributed as the smaller strips near the poles have much higher density than those near the equator, this leads to the areas near the poles appearing ‘crinkled’. The solution is to use an icosphere which is generated by continually subdividing an icosahedron to approximate a sphere. An icosphere has an even distribution of vertices which fixes the issue.

On the left, an icosphere – On the right, a sphere built up using strips. 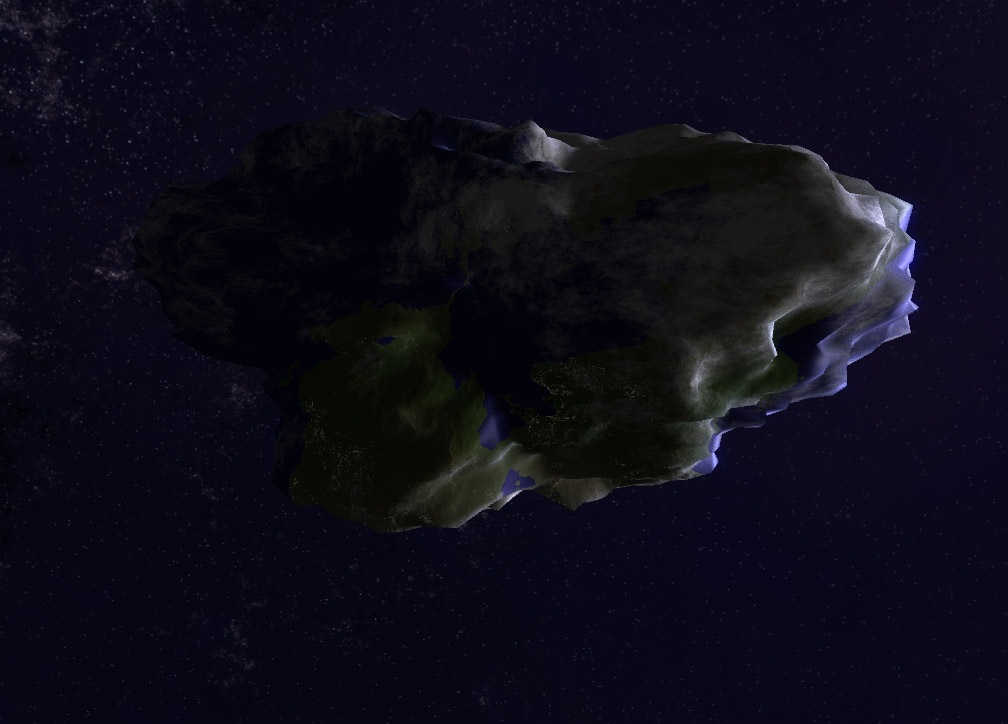 An initial render of the asteroid geometry using the skin from an earthlike planet.

Rendering a single asteroid is one thing, but in order to create a convincing asteroid FIELD, its necessary to render hundreds or thousands of asteroids. In order to make this performant I utilized hardware instancing to re-use the same asteroid object, but to apply thousands of different rotation/scale/translation matrices in order to give the appearance of many different asteroids without the overheads of having thousands of unique textures and models. In practice I could use a handful of models and textures rather than just one to increase the variety a bit, but even as is the results are pretty good. 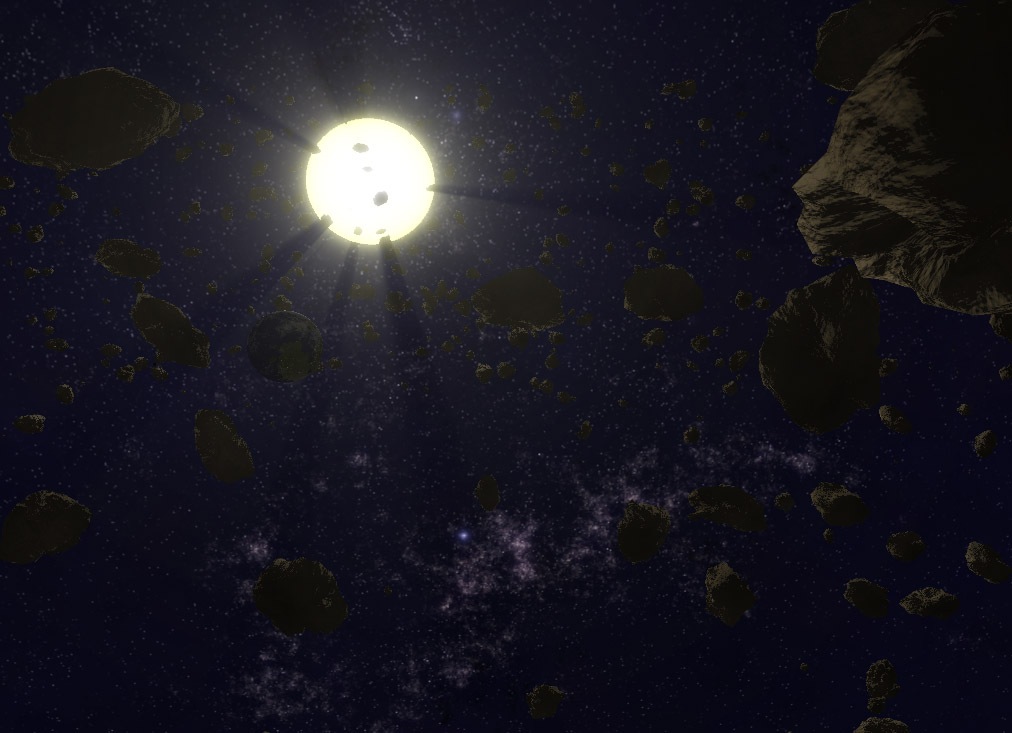 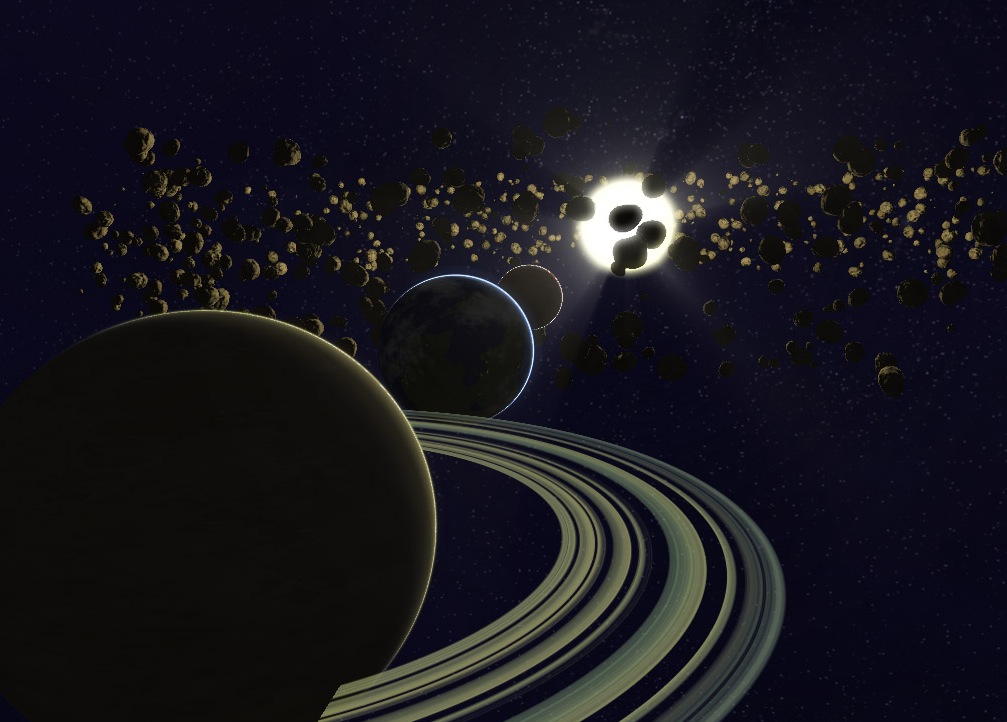